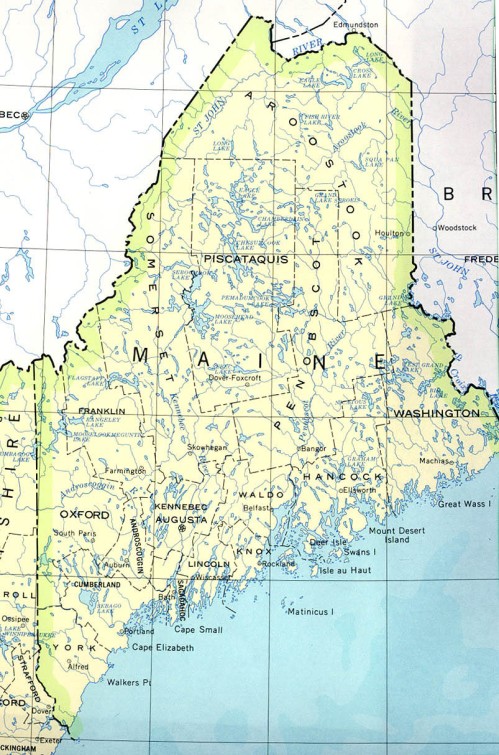 Justic Lance Walker of the Maine Superior Court is Trump’s first judicial nominee from the Pine Tree state and boasts the strong support of his home-state senators.

A native Mainer, Lance Edward Walker was born in the small town of Milo on March 13, 1972, and raised in Dover-Foxcroft.[1]  Walker attended the University of Maine and then started at Vermont School of Law in 1997.  However, he returned to his home state after a year to finish his J.D. at the University of Maine Law School, graduating in 2000.[2]

After graduating, Walker clerked on the Maine Superior Court and then joined the Maine law firm Norman Hansen & DeTroy LLC as Associate Attorney.[3]  In 2007, Walker was named a Member in the Portland Office in 2007.[4]

In 2014, Republican Governor Paul LePage appointed Walker as a District Court Judge.[5]  He was elevated to be the Maine Superior Court in 2015 and serves as a Justice on that court.

Walker was a member of the Federalist Society, a conservative legal organization that has produced many Trump nominees, between 1997 and 2002.[6]  He has also been a member of the National Rifle Association since 2001.[7]

Walker has been nominated for a seat on the U.S. District Court for the District of Maine.  This seat opened on June 27, 2017, when Judge John Woodcock moved to senior status. In June 2017, Walker applied for the judgeship with Sen. Susan Collins (R-Maine).[8]  Walker interviewed with the Commission, Collins, and the White House Counsel’s Office before becoming confirmed as a nominee in October 2017.  Walker was officially nominated on April 10, 2018.[9]

Before he became a judge, Walker worked in litigation at Norman Hansen & DeTroy LLC for thirteen years.  During this time, he worked on approximately twenty cases as lead counsel, including five jury trials.[10]

Among his more notable cases as an attorney, Walker defended an insurance company being sued for damages owed to a tenant by her landlord who sexually molested her.[11]  In defending against the claim, Walker argued that a policy exclusion in the insurance contract prevented liability on the part of the insurer.[12]  While the trial court ruled for the tenant, the Maine Supreme Judicial Court reversed, finding that the policy exclusion barred the claims.[13]

Among the many cases that Walker has handled over his tenure, two are particularly notable.  In the first, Walker granted a preliminary injunction to the State of Maine barring anti-abortion protester Brian Ingalls from being within 50 feet of Planned Parenthood facilities and ordered Ingalls to pay civil penalties and attorney’s fees for the state.[15]  While the Ingalls case was pending, a second abortion protester succeeded in getting the law enjoined by U.S. District Judge Nancy Torresen (although Torresen’s ruling was later overturned by the First Circuit).

In his second notable matter, Walker blocked the State of Maine from reinstating criminal charges against 17 protesters from the Black Lives Matter movement.[16]  The criminal charges were initially dismissed as part of an agreement to seek a restorative justice session, but were reinstated after negotiations over the session fell apart.[17]  In blocking the reinstatement of charges, Walker held that the State was bound by its earlier agreement to seek a restorative justice session.[18]

As a judicial nominee, Walker has parts of his background that can please both the right and the left.  For conservatives, they can note Walker’s prior Federalist Society membership and his current affiliation with the NRA.  For liberals, they can be happy with his favorable decisions in the Ingalls and Black Lives Matter cases.  As such, Walker can potentially be seen as a consensus nomination.

This is not to say that Walker’s nomination does not have the potential to draw any controversy.  In 2017, Judge Scott Palk, an Obama nominee renominated by Trump drew 16 no votes over his membership in the NRA.  Given the heightened controversy over the NRA in recent months, it is possible that Walker’s membership will also raise opposition.  On the flip side, Planned Parenthood has been a bete noire for many on the right.  As such, Walker’s imposition of a civil penalty on a protester may lead some to paint him as a Planned Parenthood supporter and may draw the opposition of anti-abortion groups.

At the end of the day, all a nominee needs to be confirmed in 50 votes.  Given Walker’s support from Collins and Sen. Angus King (I-ME), he looks likely to get it.