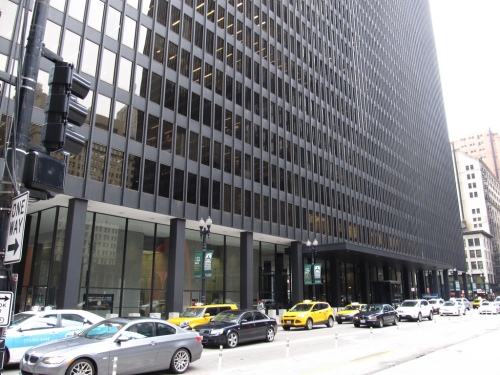 The Dirksen Courthouse - where the Northern District of Illinois sits.

Cooley Partner Lindsay Jenkins has spent the past fifteen years practicing in Northern Illinois and brings extensive experience with criminal law to the federal bench.

Jenkins has been nominated for a seat on the U.S. District Court for the Northern District of Illinois. This seat opened on September 7, 2022, upon the elevation of Judge John Lee to the U.S. Court of Appeals for the Seventh Circuit.

Jenkins started her legal career at the Cleveland office of Jones Day. While there, Jenkins represented Tobias Valencia in a postconviction challenge to his conviction for conspiracy to distribute methamphetamine. United States v. Valencia, 188 Fed. Appx. 395 (6th Cir. July 17, 2006). The Sixth Circuit denied relief for her client. See id. at 403.

Among the matters she argued before the Seventh Circuit, Jenkins successfully defended a federal law criminalizing enticing a minor to perform a sexual act against a constitutional challenge. See United States v. Cote, 504 F.3d 682 (7th Cir. 2007). She also defended the denial of postconviction relief to a defendant sentenced by a jury in which a juror was absent for a day of deliberation. See Webster v. United States, 667 F.3d 826 (7th Cir. 2011).

With extensive experience as a federal prosecutor and in private practice, Jenkins should have little trouble through the confirmation process.