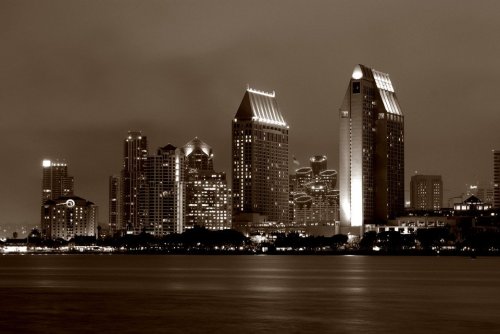 The U.S. District Court for the Southern District of California has brought in four new judges since President Biden came to office. Biden is hoping to make it six with the nominations U.S. Magistrate Judge Andrew Schopler and San Diego County Superior Court Judge James Simmons.

A Los Angeles native, James Edward Simmons Jr. received a B.A. from the University of California Berkeley in 2001 and a J.D. from the Golden Gate University School of Law in 2004. After a year in the San Diego City Attorney’s Office, Simmons worked as a state prosecutor in San Diego for eleven years.

In 2017, Gov. Jerry Brown appointed Simmons to the San Diego County Superior Court. Simmons is currently a judge with the court.

Simmons has been nominated to the U.S. District Court for the Southern District of California, to a seat vacated on March 31, 2021, by Judge Anthony Battaglia’s move to senior status.

Other than a year at the City Attorney’s Office, Simmons spent his entire pre-bench career at the San Diego County District Attorney’s Office as a state prosecutor. Among the matters he prosecuted there, Simmons handled the charges against Franklin Gatlin, who was charged with stabbing the victim three times at a sushi restaurant. See No Headline in Original, City News Service, Jan. 10, 2007. He also handled the case of Jerry McCluney, charged with shooting and beating his uncle. See Kelly Wheeler, Bail Stays at $1 Million For Man Accused of Shooting, Beating Uncle, City News Service, Apr. 29, 2008.

Since 2017, Simmons has served as a judge on the San Diego Superior Court. In this role, he presides over trial court matters in criminal, civil, family, and other state law matters. Among his notable cases as a judge, Simmons sentenced John Dupree Johnson to six years in prison after driving while intoxicated in a manner that caused the death of a 70 year old pedestrian. See Man Sentenced to Six Years in Prison For Fallbrook DUI Freeway Fatality, City News Service, Nov. 5, 2020.

While still fairly young for a federal judicial appointment, Simmons has built up a record of legal service in the San Diego community and would likely attract little controversy in his confirmation.