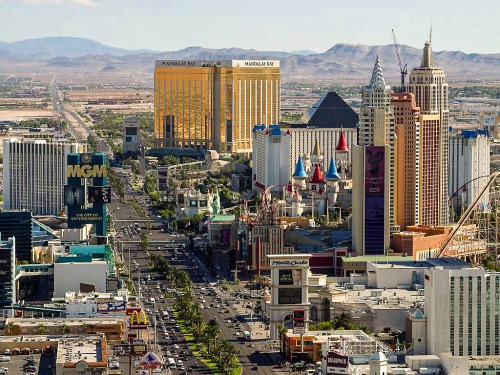 When President Trump nominated Jennifer Togliatti to the Nevada federal bench in 2019, she was expected to sail to confirmation. However, despite bipartisan support out of the Senate Judiciary Committee, Togliatti’s nomination stalled on the Senate floor as Majority Leader Mitch McConnell prioritized other nominees. With Togliatti left unconfirmed at the end of the Trump Administration, President Biden has now nominated Judge Cristina Silva to fill the vacancy.

Cristina D. Silva graduated from Wellesley College in 2001 and from the Washington College of Law in 2007.

After graduation, Silva joined the Miami-Dade County State’s Attorney’s Office as a criminal prosecutor. In 2010, Silva moved to Nevada to become a federal prosecutor with the U.S. Attorney’s Office. In 2019, Gov. Steve Sisolack chose Silva to be a District Court with Nevada’s Eighth Judicial District, where she currently serves.

Silva has been nominated for a seat on the U.S. District Court for the District of Nevada. This seat opened on June 29, 2018, when Judge James Mahan moved to senior status.

On October 16, 2019, President Trump announced the nomination of Jennifer Togliatti, a senior judge on Nevada’s Eighth Judicial Circuit, to fill the vacancy. While Togliatti received bipartisan support in being approved by the Senate Judiciary Committee, her nomination was never voted on the floor and the seat was left vacant at the end of the Administration.

On November 3, 2021, President Biden nominated Silva to fill the vacancy.

Silva spent her entire career before becoming a judge as a prosecutor: first working as a state prosecutor in Florida, and then as a federal prosecutor in Nevada.

Among the matters she handled as a prosecutor, Silva was part of the legal team prosecuting Caesars employees and guests participating in a scheme to illegally bet on the World Cup Soccer Tournament. See United States v. Wei Seng Phua, 100 F.Supp.3d 1040 (D. Nev. 2015). Among the various decisions in the prosecution, Judge Andrew Gordon suppressed evidence obtained by the government after they cut DSL service to a room and sent agents disguised as DSL employees to conduct a search. See id. at 1047. Judge Gordon found that any consent for the government agents was invalid and the result of deception. See id. at 1040.

Silva served as a trial court judge in Nevada since her appointment in 2019. Among the matters she handled as a trial court judge, Silva denied the postconviction habeas petition for Lee Reed, who was convicted in a proceeding where jury selection was conducted without swearing in the jury venire. See Reed v. State, 472 P.3d 192 (Nev. 2020). The Nevada Supreme Court affirmed the denial of relief, finding that Reed couldn’t demonstrate prejudice from his trial counsel’s failure to object. Id.

Among other matters, the Nevada Supreme Court overturned Silva’s ruling not to seal criminal records in a misdemeanor sexual offense case. See In re Tiffee, 485 P.3d 1249 (Nev. 2021). The Nevada Supreme Court also overruled Silva’s decision to allow victim impact statements from family, friends, and coworkers of the victims killed by a drunk driver, noting that she took too broad a view of a “victim” under Nevada law. See Aparicio v. State, 496 P.3d 592 (Nev. 2021).

While Togliatti’s bid to fill this judgeship stalled, Silva’s looks more likely to be successful. While she is still likely to draw a sizable contingent of opposition, there is little in Silva’s background that is likely to be be fatal to confirmation and nominees who have served as prosecutors have generally attracted less controversy in general. As such, barring the unexpected, Silva will likely be confirmed early next year.