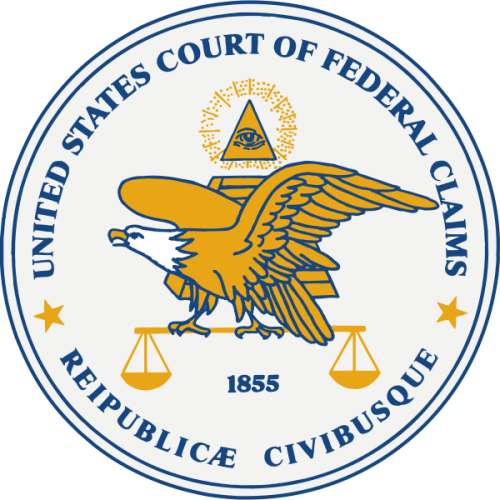 As noted before, the U.S. Court of Federal Claims (CFC) is facing a vacancy crisis.  One of the factors exacerbating the situation is the Trump Administration’s slow pace in nominations and their predilection for naming young attorneys with little background in the court’s specialized docket.  The nomination of Eleni Roumel follows that pattern.

After two years at Skadden, Roumel completed a two-year clerkship for Judge William Pauley on the U.S. District Court for the Southern District of New York, and then joined the New York office of Wilmer Hale.  In 2006, she moved to the Charleston, SC office of Nelson Mullins Riley & Scarborough LLP, where she was a Partner.[3]

In 2012, Roumel returned to D.C. to be Assistant General Counsel to the U.S. House of Representatives, then under Republican control.[4]  In 2018, she left to join Vice President Mike Pence’s Office as Deputy Counsel.[5]

Roumel has been nominated for a seat on the U.S. Court of Federal Claims (CFC), an Article I court that hears monetary claims against the federal government.  Judges to the CFC are appointed for 15-year terms, and can be reappointed.  The seat Roumel was nominated for opened up on July 14, 2018, with the conclusion of the term of Judge Mary Ellen Coster Williams.

In November 2018, Roumel interviewed with the White House regarding a vacancy on the CFC.  She was preliminarily selected as a nominee in January 2019 and nominated on June 24, 2019.[6]

For the past year, Roumel has served as Deputy Counsel to Pence, providing legal advice to his office.  However, she has prior experience working for the U.S. House of Representatives and in private practice.

From 2012 to 2018, Roumel was Assistant General Counsel in the U.S. House of Representatives.  In this role, Roumel was notably involved in the House’s lawsuit to prevent the Obama Administration from making payments to insurance companies under the Affordable Care Act.[7]  The case eventually ended in a settlement after a ruling in favor of the House’s position.[8]  She also represented Rep. Eric Cantor in seeking to block subpoenas in a terrorism financing case involving the Bank of China and the Israeli government.[9]

From 2004 to 2012, Roumel worked in private practice in New York City and Charleston, primarily working in intellectual property and commercial litigation.  For example, Roumel represented a candle manufacturer in a breach of contract action against grocery store chains Supervalu and New Albertson’s Inc.[10]  However, she also handled some pro bono cases during this time.  For example, she represented a state prisoner who had been seriously injured in a beating by a prison guard.[11]

In reviewing another CFC nominee, Richard Hertling, we said the following:

“Ultimately, the more interesting fact about Roumel is the fact that he was nominated for the CFC rather than the U.S. District Court for the District of Columbia.  Given his intense legislative experience, the latter would seem like a better perch for such a legislative expert.”

The same analysis applies to Roumel, whose expertise does not, at immediate glance, suggest appointment to a court primarily known for handling government contract issues and vaccine injury claims.  Nonetheless, her experience and lawyerly ability is reflected through the high level positions she has enjoyed, and, while she is unlikely to attract much Democratic support, she will likely be confirmed in due course.