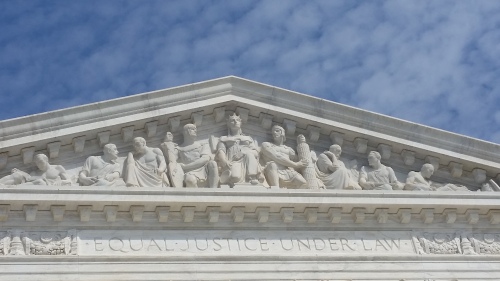 The 54-year-old Brookman received his B.A. from DePauw University in Indiana in 1990 and a J.D. from the Washington University School of Law in 1993. He then spent a year with Brown & James in St. Louis before becoming a prosecutor with Jefferson County, Missouri.

Since 2016, Brookman has served as a U.S. Magistrate Judge for the U.S. District Court for the Southern District of Indiana.

Brookman has been nominated to the U.S. District Court for the Southern District of Indiana, to a seat to be vacated by Judge Richard Young, who will take senior status upon confirmation of a successor.

Since 2016, Brookman has served as a U.S. Magistrate Judge for the Southern District of Indiana. In this role, he presides by consent over civil matters and misdemeanors, assists district judges with discovery and settlement, and writes reports and recommendations on legal issues.

In his capacity, Brookman has ruled on a number of appeals from denial of social security benefits. On appeal, some of his rulings affirming the denial of benefits were overturned by the Seventh Circuit. In one case, a Seventh Circuit panel overruled Brookman’s affirmance in a per curiam opinion, finding that the administrative judge erred in not consulting a medical expert regarding MRI evidence. See McHenry v. Berryhill, 911 F.3d 866 (7th Cir. 2018). In another case, the Seventh Circuit agreed with the plaintiff that the administrative judge improperly made adverse credibility determinations against him. See Ray v. Berryhill, 915 F.3d 486 (7th Cir. 2019).

In another opinion, Biden appointee Candance Jackson-Akiwumi reversed Brookman’s grant of summary judgment to a Homeowner’s Association (HOA). See Watters v. Homeowners’ Ass’n, 48 F.4th 779 (7th Cir. 2022). Jackson-Akiwaumi wrote for the panel majority in reversing the dismissal of a Fair Housing and 1982 claim on behalf of an African American couple alleging racial discrimination. See id. Judge Amy St. Eve dissented, arguing that she would affirm Brookman’s ruling because there was no nexus between discrimination faced by the plaintiffs and a legally cognizable adverse employment action. See id. at 790 (St. Eve, J., dissenting).

As a well-credential juror, Brookman has a relatively uncontroversial background. Additionally, he has received favorable reviews from Sen. Todd Young. However, as long as the blue slip policy remains in effect, Brookman’s nomination turns on whether Sen. Mike Braun returns a blue slip. Given the fact that the nomination was submitted to the Senate, I expect that Brookman should be confirmed easily.