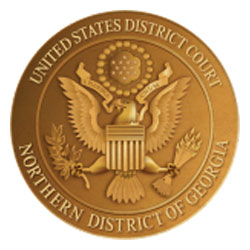 A civil rights attorney based in Atlanta, Sarah Geraghty has spent much of her career litigating to reform criminal justice institutions in Georgia.

Sarah Elizabeth Geraghty got a B.A. from Northwestern University in 1996, a Master in Social Work from the University of Michigan School of Social Work in 1998 and a J.D. from the University of Michigan Law School in 1999. Following law school, Geraghty clerked for Judge James Zagel on the U.S. District Court for the Northern District of Illinois and then spent a year with the Office of the Appellate Defender in New York. Since 2003, Geraghty has worked for the Southern Center for Human Rights, managing their Impact Litigation Unit from 2015 to 2020.

Geraghty has been nominated for a seat on the U.S. District Court for the Northern District of Georgia. This seat was vacated on April 3, 2021, when Judge Amy Totenberg moved to senior status.

While Geraghty started her career at the Office of the Appellate Defender in New York, she has spent the vast majority of her career at the Southern Center for Human Rights, a nonprofit organization focused on civil rights litigation on behalf of those in the criminal justice system. Early in her tenure with the Center, Geraghty sued the state of Georgia to force changes in the Lee Arrendale State Prison, where inmates were repeatedly subjected to physical and sexual violence. See Carlos Campos, Prison Shake-Up to Protect Youth; State to Make Alto Mostly for Women, The Atlanta Journal-Constitution, Nov. 19, 2004. In a different case, Geraghty successfully obtained a ruling preventing a Clinch County sheriff from charging inmates for room and board. Carlos Campos, Clinch County Inmates No Longer Charged Room and Board, The Atlanta Journal-Constitution, Apr. 18, 2006.

Notably, Geraghty filed a lawsuit against a Georgia law that increased restrictions on the movement, employment, and residence of convicted sex offenders. See Jill Young Miller, Tougher Law For Sex Offenders Under Fire; Human Rights Groups Challenge Restrictions, The Atlanta Journal-Constitution, June 20, 2006. As a result of her suit, the law was enjoined by U.S. District Judge Clarence Cooper. See Jill Young Miller, Sex Offender Evictions Put on Hold, The Atlanta Journal-Constitution, July 29, 2006. The law’s residency requirement, which barred sex offenders from living within 1000 feet of anywhere that children congregate, was also thrown out by the Georgia Supreme Court in a separate suit. See Rhonda Cook, Bill Rankin, No More Eviction for Sex Offenders; State’s High Court Says They Can Reside Legally in Areas Near Children, The Atlanta Journal-Constitution, Nov. 22, 2007. Geraghty later discussed the litigation and the issues with the law in a 2007 law review article. See Sarah Geraghty, Residency Restrictions on Sex Offenders: Challenging the Banishment of Registered Sex Offenders From the State of Georgia: A Practitioner’s Perspective, 42 Harv. C.R.-C.L. L. Rev. 513 (Summer 2007).

Among other matters, Geraghty successfully challenged child support judgments against Frank Hatley, a South Georgia man who was not the biological father of the child he was ordered to support. Bill Rankin, State Moves to Cancel Bill to Non-Dad It Had Jailed, The Atlanta Journal-Constitution, July 25, 2009. Geraghty also filed a class action suit on behalf of indigent parents jailed for missing child support payments, arguing that they should have appointed counsel. Bill Rankin, Child Support Lawsuit Gets Class-Action Status, The Atlanta Journal-Constitution, Jan. 4, 2012. The plaintiffs ultimately lost 6-1 before the Georgia Supreme Court. Richard Halicks, Georgia Supreme Court; Child Support Inmates Lose Case, The Atlanta Journal-Constitution, July 12, 2014.

As part of her role at the Southern Center for Human Rights, Geraghty has frequently spoken and commented on the law. We have summarized some of her statements and writings below.

Geraghty has spoken out on the need to better control violence in the prison system. For example, Geraghty called out officials who treated prison violence as inevitable, stating:

“It’s an attitude of ‘boys will be boys’ and that’s an attitude that I find very disturbing when we’re talking about the safety of young children.” See Carlos Campos, Surviving Behind Bars: Violence Stalks Young Men in Alto Prison, Critics Say, The Atlanta Journal-Constitution, Aug. 8, 2004 (quoting Sarah Geraghty).

Geraghty has been vocal on the issue of reform of the private probation industry, speaking out, for example, against efforts to shield industry data from the public. See Rhonda Cook, Heat Turned Up on Probation, The Atlanta Journal-Constitution, Mar. 19, 2014. Geraghty has also been critical of the companies’ reliance on fees from the parolees they supervise. See Carrie Teegarden, Probation Companies Facing Slate of Reforms, The Atlanta Journal-Constitution, Mar. 1, 2015. Geraghty has also criticized the handling of probation by private companies, stating:

“The concept of privatized probation is fundamentally at odds with the fair administration of justice.” See Rhonda Cook, Private Probation Firm Settles Suits For $2M, The Atlanta Journal-Constitution, Feb. 4, 2017.

Geraghty’s comments on private probations are consistent with her more broadly expressed views about the need for reform of criminal justice institutions in the South. See Sarah Geraghty and Melanie Velez, Bringing Transparency and Accountability to Criminal Justice Institutions in the South, 22 Stan. L. & Pol’y Rev. 455 (2011).

Geraghty has also testified and spoken on the provision of counsel for the indigent. In 2015, Geraghty testified against a bill that would eliminate some of the minimum standards for indigent counsel. See Bill Rankin, Public Defender Reforms At Risk, The Atlanta Journal-Constitution, Mar. 2, 2015.

Geraghty has made two political contributions, both to Democratic Gubernatorial candidate Stacey Abrams in 2018.

Having spent much of her career litigating to reform the criminal justice system, Geraghty would bring an unusual perspective to a bench dominated by veterans of that system. It is likely that her career and strongly expressed views will draw questions and opposition. Whether Geraghty manages to overcome those barriers and join the bench rests largely on the durability of her support in the Democratic caucus.