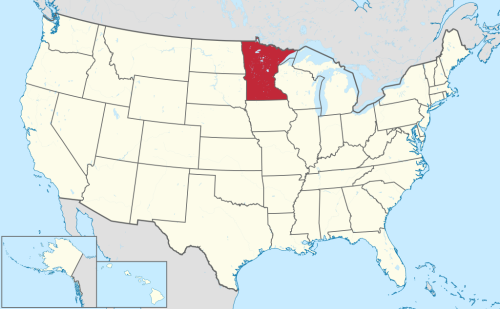 U.S. Magistrate Judge Katherine Menendez, a former public defender, is the Biden Administration’s first nominee to the U.S. District Court for the District of Minnesota.

Katherine Marie Menendez received a B.A. from the University of Chicago in 1993 and a J.D. from the New York University Law School in 1997.

After graduation, Menendez clerked for Judge Sam Ervin on the U.S. Court of Appeals for the Fourth Circuit. She then joined the Office of the Federal Defender for the District of Minnesota.

In 2016, Menendez was appointed to be a U.S. Magistrate Judge for the District of Minnesota, where she currently serves.

Menendez has been nominated for a seat on the U.S. District Court for the District of Minnesota. This seat opened on October 15, 2019, when Judge Joan Ericksen moved to senior status. The Trump Administration did not put forward any nominee to fill this vacancy.

Menendez has spent her entire legal career before becoming a judge as a federal defender in the District of Minnesota. In this role, Menendez was appointed to represent indigent defendants in federal court, and handled a number of prominent cases. For example, Menendez argued before the Eighth Circuit that an airport police officer violated her client’s Fourth Amendment rights by picking up a suspicious package for a closer look. A unanimous panel of the Eighth Circuit disagreed and found no violation. United States v. DeMoss, 279 F.3d 632 (8th Cir. 2002).

Most notably, Menendez argued before the U.S. Supreme Court twice in Johnson v. United States, arguing that the possession of a sawed-off shotgun does not qualify as a violent felony under the Armed Career Criminal Act. After re-argument in the case, the Supreme Court struck down the Act’s residual clause, finding that it was unconstitutionally vague, siding with Menendez. Johnson v. United States, 526 Fed. Appx. 708 (2015).

In other matters, Menendez represented Justine Reisdorf, who was sentenced to five years in prison for running an online prostitution ring involving juveniles, and Zdenko Jakisa, a Bosnian man accused of concealing his involvement in crimes during the Bosnian war, including the killing of his Serbian neighbor.

Menendez has served as a U.S. Magistrate judge in Minnesota since her appointment in 2016. In this role, she handles settlement, discovery, and makes recommendations on dispositive motions. She also presides over cases where the parties consent.

Among the notable cases she handled, Menendez authored a Report and Recommendation finding that a Sudanese immigrant who was being held in ICE custody after a motor-vehicle theft conviction should receive habeas relief. See Bolus A.D. v. Sec’y of Homeland Security, 376 F. Supp. 3d 959 (D. Minn. 2019). Specifically, Menendez found that prolonged detention without a bond hearing violated the petitioner’s Due Process rights, and that the government had the burden to show by clear and convincing evidence that continued detention of the petitioner was warranted due to a danger to the community or risk of flight. Id. at 960. U.S. District Judge Wilhemina Wright adopted the first conclusion made by Menendez but reversed the second, finding that the Due Process Clause did not require the government to meet a particular standard of proof. Id. at 963.

In another case, Menendez authored a Report and Recommendation rejecting a challenge to a search warrant obtaining videos of the Defendant shooting a gun. See United States v. Eggerson, 999 F.3d 1121 (8th Cir. 2021). Judge Donovan Frank adopted the recommendation and a unanimous panel of the Eighth Circuit affirmed. Id. at 1127.

As a federal defender, Menendez has occasionally written on the law, primarily focused on federal criminal statutes. Shortly after the Johnson decision, Menendez drafted a law review article noting that the Supreme Court had “breathed new life” into the void for vagueness doctrine, and suggested that the Court could go further in striking down statutes that are unclear. See Katherine M. Menendez, Johnson v. United States Don’t Go Away, 31 Crim. Just. 12 (Spring 2016). Previously, Menendez discussed the impact of recent amendments to the sentencing guidelines, which were aimed at overturning the impact of Koon v. United States, which required departures from guidelines sentences to be evaluated based on abuse of discretion. See Katherine M. Menendez, De Novo Review of Sentencing Departures: The End of Koon v. United States, 27 Hamline L. Rev. 458 (Summer 2004).

With five years of experience as a magistrate judge and almost twenty as a public defender, and having argued twice before the U.S. Supreme Court, Menendez is likely to be deemed qualified for a seat on the federal bench. If and when she is confirmed, Menendez could likely be considered for any Minnesota vacancies that open on the Eighth Circuit.