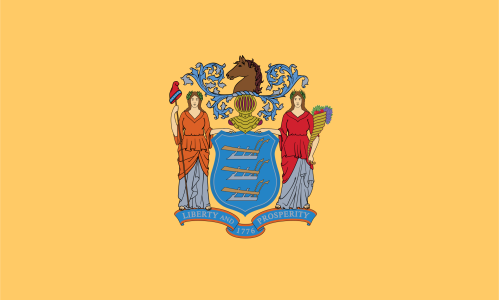 New Jersey’s federal district court sat without any new judges during the Trump Administration, and, with six vacancies, the Biden Administration is moving swiftly to transform the court. Among the nominees are U.S. Magistrate Judge Karen Williams.

Karen McGlashan Williams, not to be confused with the distinguished jurist who sat on the Fourth Circuit for seventeen years, grew up in Long Island with four siblings. Williams graduated from Penn State University in 1985 and then attended Temple University Beasley School of Law, getting her J.D in 1992.

After graduating, Williams joined the firm of Jasinki & Williams, P.C. in Atlantic City. She stayed with the firm until 2009, when she was appointed to be U.S. Magistrate Judge based in Camden, where she has served since.

The seat Williams has been nominated for opened on May 31, 2017, with Judge Jerome Simandle’s move to senior status. The Trump Administration never put forward a nominee to fill this vacancy. Williams was nominated on May 12, 2021.

Williams has spent her entire career before becoming a judge at the firm of Jasinski & Williams, P.C., where she primarily focused on employment law.

Among the notable cases she has handled, Williams represented Atlantic City in an appeal of a decision finding that the City had violated a firefighter’s First Amendment rights by disciplining him for using a racial slur against an African-American police officer. Karins v. Atl. City, 152 N.J. 532 (N.J. 1998). The New Jersey Supreme Court sided in favor of the City, holding that the use of the racial slur was not protected speech under the First Amendment. See id. at 552.

Williams has served as a U.S. Magistrate Judge in New Jersey since her appointment in 2009. In this role, she handles settlement, discovery, and makes recommendations on dispositive motions. She also presides over cases where the parties consent and reviews bail and detention motions.

Among the cases she handled as a U.S. Magistrate Judge, Williams chose to detain Richard Tobin, an 18-year-old Camden man accused of trying to recruit attackers against synagogues on neo-Nazi social networking platforms. See Jeremy Roebuck, Feds Link NJ Man to Synagogue Vandalism; He is Accused of Using a Neo-Nazi Social Network to Recruit Attackers on Two Sites in the Midwest. He Allegedly Had Much Wider Plans, The Philadelphia Inquirer, Nov. 17, 2019. She also ordered the detention of Carlos Matchett, who allegedly used social media to encourage looting and rioting during protests against police brutality following the death of George Floyd, Amy Rosenberg, A.C. man Faces Riot Charge; He is Accused of Using Social Media To Encourage People to Loot Stores, The Philadelphia Inquirer, June 5, 2020, and of Alex Capasso, accused of taking sexually explicit photos of and molesting a minor. See Barbara Boyer, No Bail for Philly Restauranteur Charged with Molesting Young Girl, The Philadelphia Inquirer, July 12, 2016.

In one notable case, Williams was asked by prosecutors to detain police officers Antonio Figueroa and Robert Bayard who were accused of abusing their power and of stealing cash and drugs from local drug dealers. See George Anastasia, Prosecutors Want Camden Police Held Without Bail in Corruption Case, The Philadelphia Inquirer, Oct. 19, 2010. However, Williams declined to hold the defendants, instead setting bail at $100,000 with pretrial conditions including electronic monitoring and a curfew. See George Anatasia, $100,000 Bail Set for Accused Camden Officers, The Philadelphia Inquirer, Oct. 20, 2010.

With over a decade of experience on the federal bench and two decades of experience as a practicing attorney, Williams has the expertise needed to hit the ground running as a U.S. District Judge. She will likely be confirmed with bipartisan support.