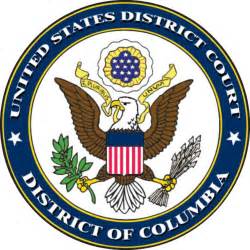 In 2016, D.C. Superior Court Judge Florence Pan became the first Asian woman tapped for the U.S. District Court for the District of Columbia.  Despite a favorable recommendation from the Republican-controlled Senate Judiciary Committee, Pan’s nomination was never confirmed.  Now, more than four years later, Pan has a second chance to join the federal bench.

In 1999, Pan became a federal prosecutor with the U.S. Attorney’s Office for the District of Columbia.  She stayed with the office until her appointment by President Obama to the D.C. Superior Court in 2009.

On April 28, 2016, Pan was nominated by President Barack Obama to become a U.S. District Judge on the U.S. District Court for the District of Columbia, replacing Judge Reggie Walton.  However, her nomination was not confirmed by the U.S. Senate, which was then under Republican control, and after President Donald Trump was elected, he nominated Dabney Freidrich to fill the vacancy.

The seat Pan has been nominated for will open upon the confirmation of Judge Ketanji Jackson to the U.S. Court of Appeals for the D.C. Circuit.

Pan started her legal career as a clerk to Judge Michael Mukasey on the U.S. District Court for the Southern District of New York and then for Judge Ralph Winter on the U.S. Court of Appeals for the Second Circuit.  Since then, Pan worked for the federal government until her appointment to the D.C. Superior Court, going from the Department of Justice to the Department of the Treasury to the U.S. Attorney’s Office.  During her tenure, Pan tried around forty cases, half of which were jury trials.

Among the significant matters that she worked on, Pan argued before the en banc D.C. Circuit in support of the police partially unzipping the jacket of a suspect during a Terry stop. See U.S. v. Askew, 529 F.3d 1119 (D.C. Cir. 2008) (en banc).  The D.C. Circuit ruled against her on the issue, finding that the facts surrounding the stop did not create reasonable suspicion for unzipping the jacket. See id.

Pan also argued in front of the D.C. Court of Appeals in defending a conviction against a defendant alleging an insanity defense to killing her child. See McNeil v. United States, 933 A.2d 354 (D.C. 2007).  The D.C. Court of Appeals overturned the conviction, finding that the prosecutor below improperly used the defendant’s invocation of her Miranda rights to argue that she was sane. See id. at 369.

Since her confirmation in 2009, Pan has served as a Judge on the D.C. Superior Court.  She started her time in the court on a Felony docket, but has since served on the Family, Misdemeanor, and Civil dockets as well.

While serving on the Felony docket, Pan presided over a number of prosecutions of violent offenders, frequently handing out significant sentences, including a 15-year-sentence for a man who assaulted a victim in LeDroit Park, a 12-year-sentence for a man who stabbed the victim in Southeast D.C., and a 60-year-sentence to Antwon Pitt, who sexually assaulted a woman in Southeast D.C. as part of two home invasions.  On the civil side, Pan dismissed a lawsuit filed by the Center for Inquiry against Walmart for selling homeopathic medicines.

In her twelve years on the bench, a handful of Pan’s rulings have been reversed by the D.C. Court of Appeals.  In two cases, Pan presided over convictions for assault with significant bodily injury that were reversed because the Court of Appeals found insufficient evidence of significant injury. Compare In re D.P., 122 A.3d 903 (D.C. 2015) with Quintanilla v. United States, 62 A.3d 1261 (D.C. 2013).  On the civil side, in 2020, the D.C. Court of Appeals reversed Pan’s decision not to award treble damages in a wage-and-hour suit, finding that she had no discretion not to award the damages. Sivaraman v. Guizzetti & Associates., 228 A.3d 1066 (D.C. 2020).

Pan made a $500 contribution to the Presidential Campaign of John Kerry in 2004, her only contribution of record.

This will be the third time that Pan has faced the U.S. Senate. In 2009, she was confirmed unanimously by a Democratic-controlled Senate. In 2016, she was approved by a Republican-controlled Committee but ultimately did not receive a confirmation vote before the U.S. Senate. Today, with a relatively uncontroversial moderate-liberal record, Pan is favored for a bipartisan confirmation.