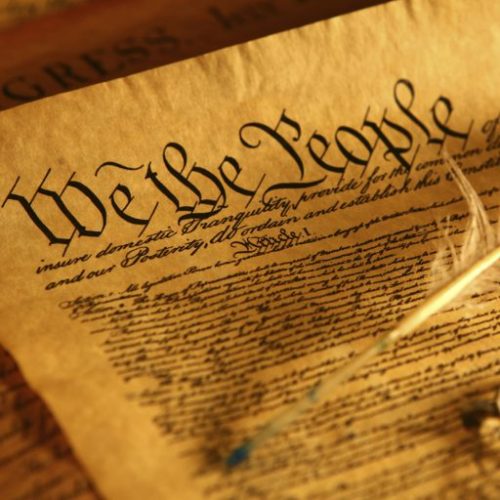 As noted previously, nominations to the U.S. Court of International Trade, which hears cases involving international trade and customs laws, generally do not draw the level of rancor that other judicial nominations do.  Joseph Barloon, who currently serves as General Counsel for the U.S. Trade Representative, is more than qualified for a seat on the Court, but may be stuck due to the timing of his nomination.

Born in 1967, Joseph L. Barloon received a B.A. from Harvard University in 1989, an M.A. from the University of Pennsylvania in 1991, and his J.D. from the Georgetown University Law Center in 1996.  After graduating, Barloon clerked for Judge Douglas Ginsburg on the U.S. Court of Appeals for the D.C. Circuit and then joined the Washington D.C. office of Skadden Arps as an Associate.[1]  He was later elevated to be a Partner at the firm.

Barloon has been nominated for a seat vacated by Judge Leo Gordon, an appointee of President George W. Bush, on March 22, 2019.

Barloon has spent the vast majority of his legal career at the firm of Skadden Arps, where he worked primarily on civil and commercial litigation.  In the mid-2000s, Barloon was on the legal team for accounting firm KPMG as it faced government investigation and potential indictment for its work on tax shelters.[2]  Notes that Barloon took at meetings with prosecutors were later made public in the process of criminally trying several KPMG officials.[3]

As an associate and a partner at Skadden, Barloon has both written and spoken on the law, including making frequent statements to the media in commentary on legal developments.  For example, Barloon frequently cowrote articles on banking law with fellow Skadden attorneys Anand Raman and Matthew Michael.[5]

Barloon has frequently commented on the use of “disparate impact” when evaluating fair lending practices.  Disparate impact allows plaintiffs to prove discrimination by showing the impact of banking policies and procedures, instead of presenting evidence of intent, which is frequently unavailable.  While most of his comments on the subject have been descriptive,[6] Barloon has expressed reservations about the use of disparate impact in fair lending lawsuits in his capacity as an attorney for lenders.[7]

Barloon has also spoken frequently, in his capacity as a bank lawyer, on the Consumer Financial Protection Bureau (CFPB) and its actions.  For example, Barloon commented on lawsuits challenging the recess appointment of CFPB head Richard Cordray.[8]  He also spoke favorably regarding the CFPB’s approach in regulating payday lenders, finding the regulations to be “data-driven.”[9]

With decades of experience with commercial litigation and international trade, Barloon is qualified for an appointment to the Court of International Trade.  However, now that we have less than two months left in the Trump Administration (and less than three weeks in the current Congress), it is unlikely (albeit not impossible) that the Senate will be able to process Barloon’s nomination in time.