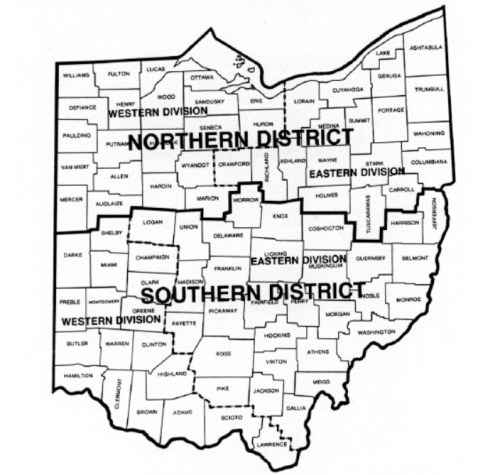 A well-respected magistrate judge with bona fides on both sides of the political spectrum, Judge Michael Newman is Trump’s fourth nominee to the U.S. District Court for the Southern District of Ohio.

Michael Jay Newman was born in Somerville, New Jersey, in 1960.[1]  Newman received a B.F.A. from New York University in 1982 and his J.D. from American University Washington College of Law in 1989, after having spent three years as a screenwriter and filmmaker.[2]  After graduation, Newman became a clerk to Judge Jack Sherman, a U.S. Magistrate Judge on the U.S. District Court for the Southern District of Ohio, in whose chambers he stayed until 2003, barring a one-year stint clerking for Judge Nathaniel Jones on the U.S. Court of Appeals for the Sixth Circuit.[3]

In 2003, Newman became an associate with Dinsmore & Shohl LLP in Cincinatti, becoming a Partner with the firm in 2006.[4]  In 2011, Newman was appointed to be a U.S. Magistrate Judge with the U.S. District Court for the Southern District of Ohio, where he has stayed since.

Newman has been nominated for a seat on the U.S. District Court for the Southern District of Ohio.  This seat was vacated on February 15, 2019, when Judge Michael Barrett moved to senior status.  Newman applied with a selection commission put together by Ohio Senators Sherrod Brown, a Democrat, and Rob Portman, a Republican.[5]  Newman interviewed with the Commission on October 5 2019, and was recommended to the White House by the senators in November.[6]  He was nominated in February 2020.

Newman spent most of his pre-bench career as a law clerk, working in the chambers of Judges Jack Sherman and Nathaniel Jones.  From 2003 to 2011, Newman worked at Dinsmore & Shohl LLP, working on labor and employment, business, and appellate litigation.  In his time at the firm, Newman tried one case as lead counsel and one as associate counsel.[7]

Newman notably represented the Petitioner before the Supreme Court in CBOCS West, Inc. v. Humphries.[8]  While Newman did not argue the case, he participated in briefing and the Supreme Court ultimately sided with his position in a 7-2 opinion agreeing that plaintiffs could file suits under the Civil Rights Act of 1866 (Sec. 1981) alleging retaliation.[9]

Since 2011, Newman has served as a U.S. Magistrate Judge on the U.S. District Court for the Southern District of Ohio, which covers much of Southern Ohio.  In that capacity, Newman presides over misdemeanors and petty offenses, supervises discovery, and presides over civil matters where the parties consent to his jurisdiction.

Among his more notable rulings, Newman granted summary judgment to an employer, finding that a voluntary employment program allowing some customer service technicians to drive directly from their homes to customers did not discriminate against ineligible employees.[10]  In another case, Newman refused to delay a wrongful death trial relating to an inmate who died after suffering a seizure before being put in handcuffs.[11]

Newman has a few donations of record, all to Republicans.[12]  In addition, Newman has been a member of the Federalist Society since 2008.[13]

Judge Newman should win confirmation by a bipartisan margin.  Conservatives will be thrilled with Newman’s Federalist Society credentials and Republican political history while liberals will be assuaged that Newman has largely worked as a plaintiff’s side and civil rights attorney.