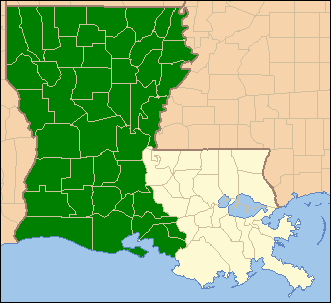 The Western District of Louisiana faced a massive vacancy crisis early in the Trump Administration, with five vacancies on a court of seven judgeships.[1]  Over the past two years, the Administration has appointed four men to the bench.  Now, a fifth, U.S. Attorney David Joseph, has been tapped to fill the final vacancy on the court.

David Cleveland Joseph was born in Dallas on May 6, 1977.  Joseph attended the University of Oklahoma, graduating in 2000.  He went straight from college into Louisiana State University Law School, getting his J.D. in 2003.  Joseph then clerked for Justice Jeffrey Victory on the Louisiana Supreme Court and for Judge John Parker on the U.S. District Court for the Middle District of Louisiana before joining the U.S. Army as a JAG Officer.[2]

In 2008, Joseph joined the Dallas office of Fulbright & Jaworski LLP as a litigation associate.  After three years there and a year at Kane, Russell, Coleman & Logan, P.C., Joseph joined the Federal Deposit Insurance Corporation as a Senior Attorney.[3]

In 2014, Joseph moved from Dallas to Lafayette, Louisiana, becoming a federal prosecutor under U.S. Attorney Stephanie Finley.  In 2018, upon the recommendation of Louisiana’s Republican senators, Joseph was nominated by Trump and confirmed by the Senate to replace Finley.  Joseph currently serves as the U.S. Attorney for the Western District of Louisiana.

In September 2019, Joseph was contacted by Sen. John Kennedy (R-LA) to urge him to serve as a federal judge.[4]  Joseph subsequently interviewed before the White House in October 2019 and was nominated on December 2, 2019.

While Joseph has held a number of different positions throughout his legal career, his most prominent positions are those of U.S. Attorney and assistant U.S. attorney.  In the latter position, Joseph served as a federal criminal prosecutor, handling white collar crimes, firearm cases, and crimes committed on military bases.[5]  In particular, Joseph prosecuted Buddhist monk Khang Nguyen Le for stealing temple funds to gamble at a local casino.[6]  Le ended up pleading guilty and being sentenced to 30 months in prison.[7]  Joseph also prosecuted Ryan Taylor for manufacturing and detonating a chemical weapon at the Fort Polk Army Installation.[8]

“…officers who betray the badge and the public’s trust, as the defendant did here, dishonor their profession and endanger the safety of their fellow officers.”[10]

Among other prominent prosecutions of his time as U.S. Attorney, Joseph’s office indicted Donnie Laing for orchestrating a million dollar Ponzi scheme,[11] and prosecuted Gilvin Aucoin for poaching an endangered whooping crane.[12]

At 42 years old, Joseph is, by far, the youngest district court nominee put forward by Trump in Louisiana.  Nonetheless, Joseph has a fairly varied resume, with extensive litigation experience in both criminal and civil law.

Joseph has generally managed to steer clear of controversy throughout his career, and his aggressive prosecution of poaching and police brutality should win him some Democratic support.  As such, Joseph will likely be confirmed fairly comfortably.