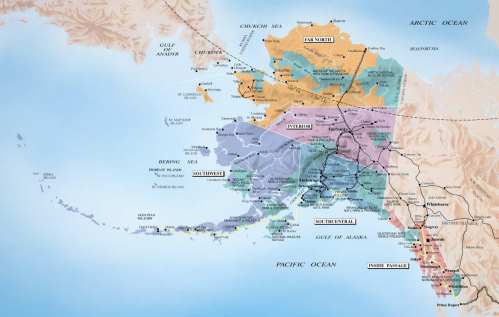 Last year, the nomination of Jon Katchen to the federal bench in Alaska failed amidst opposition from Alaskan lawyers regarding Katchen’s relative inexperience.  The Trump Administration has responded by nominating an even younger lawyer with less experience.  This time, with a broader Senate majority, Republicans look to push through Joshua Kindred to the Alaska federal bench.

Joshua Michael Kindred was born in Goldsboro, North Carolina in 1977.[1]  He earned his B.A. from the University of Alaska at Anchorage in 1999 and his J.D. from the Willamette School of Law in 2005.[2]  He  clerked for Chief Justice Paul Demuniz on the Oregon Supreme Court before joining Lane Powell LLC in Anchorage as an associate.[3]

In 2008, Kindred became a state prosecutor in Anchorage, a role which he held for five years.  In 2013, Kindred became Environmental Counsel at the Alaska Oil and Gas Associate, where he worked on both litigation and government relations on behalf of the Association.[4]  In 2018, he joined the U.S. Department of the Interior’s Office of the Regional Solicitor, where he currently serves.

Katchen has been nominated to a vacancy on the U.S. District Court for the District of Alaska.  The vacancy opened with Judge Ralph Beistline’s move to senior status on December 31, 2015.  No nomination was put forward to the vacancy during the Obama Administration.

The Trump Administration initially nominated Jon Katchen, an Anchorage based attorney who was one of five candidates recommended by Alaska Senators Lisa Murkowski and Dan Sullivan.[5]  Katchen’s nomination drew sharp criticism from Alaskan attorneys, with Alaska Superior Court Judge Elaine Andrews, who presided over Alaska’s Anchorage courts, noting: “We should be taking the very best we have, and he may be decent, he may be very good, but he’s not the best we have.”[6]  Katchen ranked 13th out of 20 applicants on the Alaska Bar Association poll, with 31 percent rating him “extremely qualified” or “well qualified,” compared to 66 percent who gave those ratings to the top applicant, Eric Aarseth, a highly rated state judge since 2005.[7]  For whatever reason, Katchen never received a hearing, instead withdrawing his nomination on August 28, 2018.[8]

In August 2019, Kindred was contacted by Sullivan to gauge his interest in a federal judgeship.[9]  Kindred was selected as a nominee in August 2019 and was nominated on November 21, 2019.

Kindred’s legal experience largely derives from two positions, his time as an Assistant District Attorney in Anchorage, and his time with the Alaska Oil and Gas Association.

In the former role, Kindred was responsible for litigating misdemeanors and felonies in Alaska state court.  During this time, Kindred tried around 40 jury trials to verdict.[10]  In one of his most prominent trials, Kindred tried a defendant for First Degree Murder, seeking to get around the defendant’s self-defense argument.[11]  The case ended with an acquittal on the Murder charge, albeit with a conviction on a lesser Manslaughter charge.[12]

In the latter role, Kindred participated in regulatory rulemaking processes, including commenting on proposed regulations of the Alaska oil and gas industries.  For example, in 2015, Kindred testified before the Senate Committee in favor of further oil and gas development under the Alaska National Interest Lands Conservation Act (ANILCA).[13]  He also opposed potential state regulations on fracking, arguing that the regulations are “unnecessary” and “provide delays and increased costs.”[14]

In 2018, Katchen’s nomination faced sharp criticism on the grounds that he was rated 13th out of 20 applicants before the Alaska Bar Association.  Today, Kindred has been nominated for the position despite having an even worse rating of 16th.[15]  Comparatively, while only 31% of respondents rated Katchen as Extremely Qualified or Well Qualified for a federal judgment, only 15% similarly rated Kindred.  As such, the same criticisms of youth and inexperience that dogged Katchen could be applied to Kindred.

That being said, unlike Katchen, Kindred does have some experience with criminal law, including extensive experience litigating before juries.  Additionally, Kindred’s supporters will argue that his experience with the oil and gas industry is uniquely suited to Alaska.  In contrast, opponents will question Kindred’s commitment to enforcing environmental laws fairly.[16]

Overall, it is likely that Alaska Senators are tired of the extended vacancy on their courts.  While the Trump Administration could have picked a more experienced candidate, Kindred will be approved as long as senators find that he meets the minimum threshold to be a district court judge.