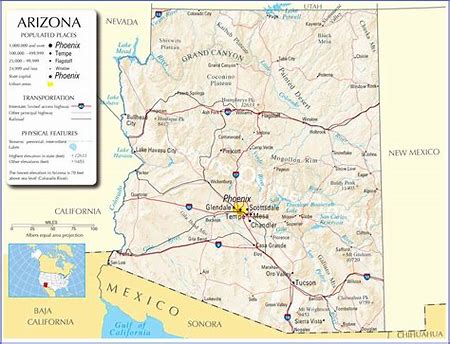 Judge Scott Rash has built a conservative reputation on the Pima County Superior Court.  Now, he has been nominated for a seat on the federal bench in Arizona.

After graduation, Rash joined the Arizona Attorney General’s Office as an Assistant Attorney General.[2]  In 1999, he joined Bosse Rollman P.C. in Tucson as a Shareholder.[3]  In 2010, Rash was appointed to the Pima County Superior Court by Republican Governor Jan Brewer.  He continues to serve on that Court.

Rash has been nominated for a seat on the U.S. District Court for the District of Arizona.  This seat opened on April 6, 2018, when Judge Cindy Jorgensen moved to senior status.  In January 2018, Rash was contacted by then Sen. Jeff Flake to gauge his interest in a judicial appointment.[4]  After interviews with Flake and Sen. John McCain, Rash interviewed with the White House on August 17, 2018 and was selected as a nominee in early September.

Despite having been selected as a nominee in September 2018, Rash saw no real movement on his nomination for the next few months, potentially because of Flake and McCain’s replacement by Sens. Kyrsten Sinema and Martha McSally.  Instead, Rash reinterviewed with McSally in April 2019 and then with Sinema in July 2019.  After getting their approval, Rash was nominated on October 15, 2019.

In his nineteen years in practice before becoming a state judge, Rash worked both for the Arizona Attorney General handling criminal law and in private practice, working on civil matters such as contract disputes, land use cases, and employment matters.  Over his time in practice, Rash tried 32 cases.[5]

Among his more significant cases, Rash represented the City of Tucson in prosecuting violations of municipal code signs and in defending against First Amendment challenges brought by Clear Channel Outdoor, Inc.[6]  The case ultimately settled after an extensive eight year long litigation.

Rash has served as a Superior Court judge since his appointment in 2010.  In this role, he serves as a primary trial judge, supervising criminal and civil cases.  Over the last nine years, Rash has presided over approximately 208 cases that have proceeded to verdict and judgment.[7]

On the bench, Rash has developed a fairly conservative jurisprudence, frequently interpreting criminal laws expansively and protections narrowly.  For example, in one case, Rash barred a defendant from using the entrapment defense where the defendant was approached by an officer who asked him to help him obtain crack cocaine and who had expressed reluctance in performing the act.[8]  In another case, Rash held that a Defendant could be convicted of burglary for stealing from the bed of a pickup truck, ruling that the burglary statute covered such activity.[9]

In 2012, while Rash was a sitting state judge, he made a $250 contribution to Flake’s campaign, his only contribution of record.[10]  Further, Rash has been a member of the Federalist Society since 2018.

Given Rash’s extensive experience with litigation both as an attorney and as a judge, it is hard to dispute that he possesses the basic qualifications to be a federal judge.  While he may draw a few negative votes for his conservative jurisprudence, this is unlikely to seriously damage his confirmation.