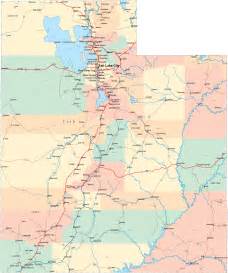 After law school, Barlow clerked for Judge Peter Dorsey in the U.S. District Court for the District of Connecticut and then joined Lord Bissell & Brook in Chicago as an Associate.[2]  In 2000, Barlow moved to Sidley Austin in Chicago, where he became a partner in 2006.

In 2011, the newly elected Sen. Mike Lee asked Barlow to move to D.C. as his Chief Counsel.[3]  Shortly after, President Obama chose Barlow to be U.S. Attorney for the District of Utah.  The pick was controversial, largely because Obama bypassed the recommendations of several Democrats from U.S. Rep. Jim Matheson to name Barlow, and because Barlow had no experience with criminal law.[4]  Barlow left the U.S. Attorney’s Office in 2014 to rejoin Sidley Austin as a Partner.

In 2016, Barlow applied to be a judge on the Utah Court of Appeals.  While he was selected as a finalist for the seat, he was not picked by Gov. Gary Herbert, who chose Judge David Mortensen and attorney Jill Pohlman instead.[5]

In 2017, Barlow joined WalMart as Vice President of Compliance and, in 2018, returned to Utah to be a Partner at Dorsey & Whitney LLP, where he serves currently.

Barlow has been nominated for a vacancy on the U.S. District Court for the District of Utah.  This seat was opened by Judge Clark Waddoups’ move to senior status on January 31, 2019.  He was directly contacted by Lee and the White House in early 2019 to gauge his interest in the judgeship and was nominated in May after an unusually swift vetting process.

Barlow’s legal career can be divided into two halves for analysis: his time as a U.S. Attorney; and his work in private practice.

From 2011 to 2014, Barlow served as U.S. Attorney for the District of Utah, supervising the federal prosecutor’s office on behalf of Attorney General Eric Holder.  As U.S. Attorney, Barlow led his office in a series of high profile prosecutions, including securing convictions against members of the Tongan Crip gang.[6]

However, Barlow’s tenure was not without controversy.  Notably, Barlow’s office was pushed to recuse itself from investigating Utah Attorney General John Swallow in favor of the DOJ Public Integrity Division.[7]  Additionally, Barlow’s office was sharply criticized by Judge Waddoups in a different case for their conduct, with the judge stating that prosecutors had failed to “conform their own conduct to the Constitution, the applicable ethical standards, rules and statutes.”[8]  Furthermore, Barlow’s office was criticized for settling criminal charges based on the Crandall Canyon Mine collapsed for two misdemeanor pleas and a $500,000 fine.[9]

From 1998 to 2010 and since 2014, Barlow has worked in private practice, largely focused on complex civil actions.  Notably, Barlow represented the drug manufacturer AstraZeneca in defending against actions filed against it based on the drug Seroquel, which was alleged to cause diabetes.[10]  The action eventually ended with a jury verdict in AstraZeneca’s favor.  In another matter, Barlow represented General Electric (GE) in defending against lawsuits suggesting that asbestos exposure had caused plaintiffs to develop mesothelioma.[11]

Barlow is a Republican and was a supporter of Lee in his campaigns.[12]

Barlow comes to the confirmation process with extensive experience with both civil and criminal litigation.  Furthermore, Barlow’s work in the Obama Administration and his enthusiastic endorsement of Loretta Lynch to be Attorney General in 2015 may blunt charges that he is a doctrinaire conservative.  As such, while Barlow may draw questions regarding his tenure as a U.S. Attorney, he should be able to avoid the controversy drawn by previous Utah nominee Howard Nielson.