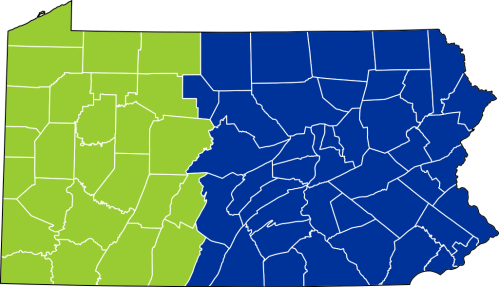 Sen. Pat Toomey is adept at recommending young male lawyers with bright futures to serve on the Western District of Pennsylvania.  After Judge Peter Phipps and Nicholas Ranjan, he has now recommended William Shaw Stickman IV.  In Stickman’s case, assertive letters to the editor he authored in his youth may cause him difficulty in the confirmation process.

The seat Stickman has been nominated for opened on December 6, 2018, with Judge Joy Flowers Conti’s move to senior status.

Stickman applied to the bipartisan judicial selection committee set up by Pennsylvania Senators Bob Casey and Pat Toomey in March 2017.[5]  Stickman interviewed with Toomey and Casey shortly after but did not start the process with the White House until February 2019.  He was formally nominated on May 13, 2019.

Stickman has spent entire legal career post clerkship at the Pittsburgh office of Del Sole Cavanaugh Stroyd LLC, handling a litigation practice on both civil and personal injury cases.  Overall, Stickman has litigated six jury trials to verdict.[6]  Notably, Stickman (with Third Circuit Judge Stephanos Bibas as his co-counsel) represented the mother of Ryan Maseth, a Pittsburgh-native soldier who was electrocuted in an Iraqi military base.[7]  Stickman’s case against the military contractor responsible for the barracks was dismissed by Judge Nora Barry Fischer,[8] but was reinstated by the Third Circuit.[9]  The case was ultimately settled.

In another matter, Stickman served as Counsel for the Pennsylvania Reapportionment Commission in defending redistricting plans developed after the 2010 census.[10]

Stickman is a Republican and has served on the Alleghany County Republican Committee from 2014 to 2019.[11]  He also ran for the Alleghany County Council as a college student in 2001, losing the election to Democratic incumbent Wayne Fontana.[12]  During the election, the Pittsburgh Post-Gazette endorsed Fontana, describing Stickman as “earnest and diligent” but noting his youth and that he “lacks an adequate grasp of specific issues facing the county.”[13]

In the early 2000s, Stickman authored a number of Letters to the Editor for the Pittsburgh Post Gazette.  Three of these letters are particularly notable for revealing Stickman’s views on key social issues.

During the 2004 election, Stickman wrote a response to another letter comparing the number of abortions in the U.S. to the number of deaths in Iraq.  In the letter, Stickman describes the abortion industry as “grotesque,” stating that “since Roe vs. Wade more than 39 million babies have been killed by abortion.”[14]  Stickman also criticizes the comparison between abortion and the Iraq war, stating:

“To argue that there is moral equivalence between the accidental deaths of Iraqi civilians while liberating them from a murderous tyrant and the intentional deaths of many millions of babies is specious at best.”[15]

In 2003, shortly after the Supreme Court struck down anti-sodomy laws in its Lawrence v. Texas decision, Stickman wrote a letter defending the disapproval and anti-LGBT views of Sen. Rick Santorum.[16]  In the letter, Stickman describes gay rights groups criticizing Santorum as “leftist sharks” and states:

“Even if the senator did equate homosexual intercourse with adultery, bigamy and incest, isn’t that his prerogative?  Are we and the leaders we elect no longer allowed to disagree with the activities of certain groups?”[17]

In a 2002 letter, Stickman criticized the Post-Gazette’s coverage of sexual abuse cases involving Catholic priests.[18]  Stickman suggested that the coverage sensationalized the scandal and was motivated by anti-Catholic prejudice, comparing it to the Ku Klux Klan burning crosses to intimidate his Catholic grandmother.[19]  Stickman also alludes to the campaign against anti-Muslim bigotry after the September 11 attacks, asking: “is anti-Catholicism the last acceptable prejudice in our society?”[20]  Stickman notes that only 1.8 percent of Catholic priests have been implicated in scandal, noting:

“…the PG [Post-Gazette] should apologize to the 98.2 percent of priests who have suffered due to one-sided coverage.”[21]

The 40-year-old Stickman is young, conservative, and seems to have the support of his home state senators (even Democratic Sen. Bob Casey).  Furthermore, his career as a lawyer has not attracted much controversy, and he has accrued the requisite level of experience for a federal trial judge.  As such, his confirmation seems fairly assured.

However, senators are likely to raise concerns about Stickman’s letters to the editor, suggesting that such letters do not reflect an appropriate judicial temperament.  Furthermore, Stickman’s beliefs, as divined from those letters, can be read to suggest that abortion is equivalent to murder, that homosexuality is equivalent to incest, that criticism of the Catholic church for its role in covering up child abuse is motivated solely by anti-Catholic animus, and that criticism of homophobia is an attempt to suppress speech.  While a nominee’s personal views shouldn’t necessarily dictate their judicial decisions, the boundary is nonetheless appropriate for senators to explore.

Of course, as with any nominee whose previous writings come under scrutiny, the key question is whether the nominee maintains the same views today or if his views have evolved with time.  That will be the question that must be explored regarding Stickman.