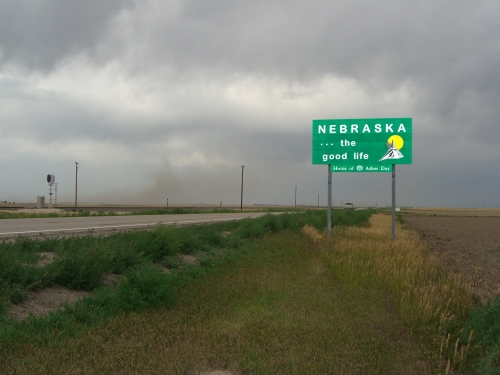 In 2014, Brian Buescher ran as a strong conservative for the Nebraska Attorney General’s office, but came in second to Doug Petersen.  Four years later, Buescher has an opportunity for an incredible consolation prize: a lifetime appointment to the federal bench.

A native cornhusker, Brian Craig Buescher was born on January 16, 1975 in Beatrice, Nebraska.  Buscher attended the University of Nebraska at Lincoln and then Georgetown University Law Center, getting his J.D. in 2000.[1]  During law school, Buescher worked as a summer associate at Kutak Rock LLP, the largest law firm in Nebraska.  He was hired by the firm as an Associate upon graduation.[2]  Buescher became a Partner in 2007 and Chair of Agribusiness Litigation in 2009.[3]

In 2014, Buescher joined the race to be Nebraska Attorney General, replacing Jon Bruning, who was running for Governor of Nebraska.  Buescher ultimately got approximately 25% of the vote, coming in second in the five way race and losing to eventual winner Doug Peterson.

Buescher has been nominated for a vacancy on the U.S. District Court for the District of Nebraska.  This seat will open on December 1, 2018, when Judge Laurie Smith Camp moves to senior status.  In early 2018, Buescher expressed his interest in a judgeship with representatives of Sen. Ben Sasse.[4]  Buescher interviewed with Sasse, Sen. Deb Fischer, and the White House in May 2018.  Buscher was selected as a preliminary nominee in early June and was nominated in October 2018.

Buescher has spent virtually his entire legal career at the firm of Kutak Rock LLP in Omaha.  Barring a short stint working on detail as a Douglas County Domestic Violence Unit prosecutor, Buescher has worked in commercial litigation, primarily focusing on agribusiness cases.  Over the course of his career, Buescher has tried 10 cases.[5]

Notably, Buescher represented Lee Simmons, a Nebraska landowner who challenged the National Park Service’s designation of boundaries that implicated some of his properties.[6]  Both the district court and the Eighth Circuit rejected the challenge, arguing that the boundary designation was not arbitrary or capricious under the Administrative Procedure Act.[7]  Buescher touted his representation of Nebraska farmers and landowners in suits against the federal government in his fight for the Attorney General seat.[8]

Having run for Attorney General in 2014, Buescher’s public positions on many issues are well-known and are strongly conservative.  Some of the key ones are highlighted below.

During his campaign for the Republican nomination to be Nebraska Attorney General, Buescher ran as a strong conservative.[9]  In his campaign, Buescher repeatedly emphasized four platform positions: fighting federal regulations;[10] opposing Obamacare;[11] support for pro-life policies;[12] and reforming Nebraska’s good time law to prevent repeat offenders from leaving their prison sentences early.[13]  Buescher ran campaign commercials promising to “protect the rights of the unborn” and “stand up to the Obama Administration.”[14]  He also praised the concept of a “limited government”[15] and described himself as “very passionate about conservative, pro-life politics.”[16]

As a law student, Buescher authored two articles discussing conflicts of interest and legal ethics.[17]  In the first, he discussed Nebraska’s bright line rule preventing representations where an appearance of impropriety can be raised due to a potential conflict of interest.[18]  Buescher argued that the rule’s strictness limited the mobility of lawyers and staff and had caused an exodus of lawyers from the state.[19]  Instead, Buescher recommended the adoption of the looser Model Rules approach to conflict of interest.[20]

In the second paper, Buescher addressed ABA Model Rule 7.6 which prevents political contributions made with the intention of procuring legal work.[21]  Buescher argues that the rule is ineffective because a violation is nearly impossible to prove, and that, instead, the burden should rest on lawyers to prove that their contributions were made for reasons other than to secure legal work.[22]

Overall, while Buescher’s legal career reinforces his legal credentials, he is nonetheless likely to face some questions regarding his political activity.  Specifically, Buescher is likely to be closely questioned on his expressed commitment to “conservative, pro-life” politics.  While advocates are generally supposed to set aside their policy views upon ascension to the bench, opponents may argue that, given his own description of his beliefs, Buescher will be unable to do so.

In comparison, Buescher’s supporters will nonetheless argue that a past political career should not be a barrier to joining the judiciary and that many distinguished judges had previously run for office.

Ultimately, Buescher’s nomination shows the risks of appointing former candidates for office to the bench.  Statements that are encouraged for elected representatives to make usually raise eyebrows when made by a judge.  It remains to be seen if Buescher will, in his hearing, dispel any concerns about the kind of judge he will be.

[18] See Brian Buescher, Out With the Code and In With the Rules: The Disastrous Nebraska “Bright Line” Rule for Conflict of Interest: A Direct Consequence of th Shortcomings in the Model Code, 12 Geo. L. J. Ethics 717, 727 (Summer 1999).