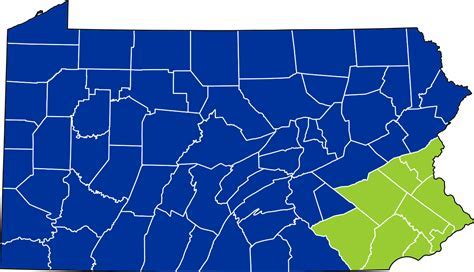 Joshua Wolson, a nominee to the Eastern District of Philadelphia, continues the trend of Federalist Society leaders being nominated to the federal bench by the Trump Administration.

After graduating, Wolson clerked for Judge Jan DuBois on the U.S. District Court for the Eastern District of Pennsylvania.[2]  He then joined the Washington D.C. Office of Covington & Burling LLP as an Associate.[3]

In 2008, Wolson moved to Philadelphia to become an Associate at Dilworth Paxson LLP.[4]  He became a Partner at the firm in 2010, and continues to work there to this day.[5]

Wolson has been nominated for a seat on the U.S. District Court for the Eastern District of Pennsylvania.  This seat opened on April 3, 2017, when Judge James Knoll Gardner moved to senior status (Gardner himself replaced Judge Jan DuBois, for whom Wolson clerked).

In February 2017, Wolson discussed an appointment to the federal bench with the White House.[6]  Wolson then applied for and interviewed with the Judicial Nomination Advisory Panel for the Eastern District of Pennsylvania.  Wolson then interviewed with Sen. Pat Toomey (R-Pa), Sen. Bob Casey (D-Pa), and the White House.  President Trump announced Wolson’s nomination to the vacancy on May 10, 2018.[7]

Wolson has spent his entire post-clerkship career in two firms: Covington in Washington D.C.; and Dilworth in Philadelphia.  At the former, Wolson focused on commercial litigation, including intellectual property, contract disputes, and antitrust matters.[8]  Notably, Wolson represented the National Football League (NFL) in defending against an antitrust case brought by Maurice Clarett.[9]  Clarett, a former player with the Ohio State Buckeyes, sought to enter the NFL Draft despite his dismissal from Ohio State.[10]  Judge Shira Scheindlin found in favor of Clarett, but the Second Circuit reversed (in an opinion by then-Judge Sonia Sotomayor), finding that the non-statutory labor exception covered the NFL.[11]

Since 2008, Wolson has worked at Dilworth in Philadelphia.[12]  At the firm, Wolson continued his practice in business litigation, while adding a government practice as well.  Notably Wolson represented the City of Butler, Pennsylvania in suing phone companies for undercharging 911 fees (a case presided over by fellow Pennsylvania judicial nominee Marilyn Horan).[13]  Wolson also Philadelphia Newspapers LLC in bankruptcy proceedings.[14]

In addition to volunteering with the Philadelphia Republican Party and serving as President of the Philadelphia Lawyers Chapter of the Federalist Society of Law & Public Policy Studies, Wolson has been an active donor to Republicans, having given approximately $8000 to candidates over the last eight years.[15]  In comparison, Wolson has also donated to two Democrats, U.S. Representatives Steny Hoyer and Eliot Engel.[16]

Given his youth and his Federalist Society pedigree, it is unlikely that Wolson will receive unanimous approval from the Senate Judiciary Committee.  However, his background yields nothing likely to significantly impede his nomination, and Wolson should see himself on the federal bench within the year.