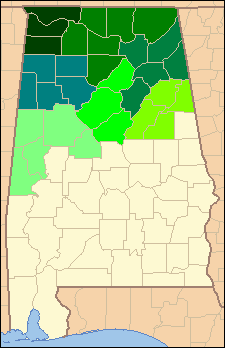 It is relatively unusual to have a federal judge share the bench with a former clerk.  However, upon her expected confirmation, Annemarie Carney Axon, a Birmingham based attorney, would join her former boss, Judge Inge Prytz Johnson, on the United States District Court for the Northern District of Alabama.

After her clerkship, Axon moved to Providence, RI to work as an associate at Edwards & Angell LLP.  Axon returned to Alabama in 2005 to join the Birmingham office of Wallace, Jordan, Ratliff & Brandt, LLC.  She currently serves as a partner there.

Axon has been nominated for a seat on the U.S. District Court for the Northern District of Alabama.  This seat opened on May 8, 2015, when Judge Sharon Lovelace Blackburn moved to senior status.  Shortly after this seat opened, negotiations on a judicial nominations package between the Administration and Alabama’s Republican senators fell apart and no nomination was ever made to fill the seat.[1]  President Trump announced Axon’s nomination to the vacancy on July 13, 2017.

Axon has spent nearly two decades litigating in state and federal courts.  Much of her career has been focused on representing banks and other financial institutions, defending them against contract claims,[2] and against SEC liability.[3]  For example, Axon successfully defended a bank serving as trustee for a Rhode Island mother and children against charges that the bank mismanaged the trust.[4]  While Axon’s work representing financial institutions is unlikely to raise many eyebrows, she may be asked about two more controversial cases.

In Providence, Axon defended the Palestinian Authority (PA) in a series of suits brought by American citizens killed by Hamas.[5]  Axon and her legal team at Edwards Angell argued that the suits brought against the PA were nonjusticiable, and the PA was protected by sovereign immunity.  After adverse rulings against them in the lower court,[6] the First Circuit ruled against the PA, and held that it did not constitute a “state” for sovereign immunity purposes.[7]

In Birmingham, Axon was part of the legal team defending then Governor Bob Riley’s appointments to the Alabama A&M Board of Trustees.[8]  The appointments were challenged by a group of alumni as violating the express interests of the Alabama Senate.[9]  However, the Alabama Supreme Court rejected Riley’s argument that the alumni lacked standing but found that the trial court lacked subject matter jurisdiction to hear the case, as such affirming Axon’s position.[10]

Axon does not have a history of donations to candidates of either political party.

In confirmation politics, nominees who don’t speak out on judicial and political issues generally attract less opposition.  As such, Axon’s focus on (less high profile) financial issues, and her non-involvement with politics speaks to her confirmability.

If critics attack Axon, it will likely be due to her defense of the Palestinian Authority.  Her involvement in the politically volatile case, and the ultimate rejection of her legal position by the First Circuit could be grounds for criticism.  Nevertheless, she and her supporters can argue that her zealous advocacy on behalf of her client should not be considered representative of her own legal views.

To sum up, Axon’s record suggests an easily confirmation and middle-of-the-road nominee.