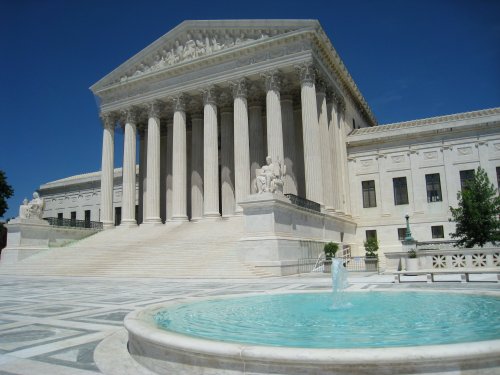 Two weeks ago, Judge Bill Pryor was the ideal choice to replace Justice Scalia.  Pryor, a judge on the Eleventh Circuit Court of Appeals, had a deeply conservative record on the bench.  Furthermore, he was the protege of Alabama Senator Jeff Sessions, President Trump’s nominee to be U.S. Attorney General.  However, in the last two weeks, Pryor’s chances have faded under attacks from both the left,[1] and the right.[2]  Nevertheless, Pryor has been on Trump’s radar for a long time,[3] and as such, a Pryor nomination cannot be discounted.

In 1994, Jeff Sessions, a former judicial nominee himself, was elected to be the first Republican Attorney General of Alabama since reconstruction.  Sessions hired Pryor to be his deputy.  Upon Sessions’ election as a U.S. Senator in 1996, the 34-year-old Pryor became Alabama’s 46th Attorney General.  In 1998, Pryor won election to the position in his own right, narrowly defeating Alabama Supreme Court Justice Terry Butts.  Pryor was subsequently re-elected in 2002 by a wider margin.

In 2001, Alabama Supreme Court Chief Justice Roy Moore unveiled a 5280 lb granite monument to the Ten Commandments at the Supreme Court building.[4]  In response to a lawsuit alleging a violation of the separation of church and state, Judge Myron Thompson ordered the monument to be removed.[5]  After an appeal affirmed, Moore announced his intention to ignore Judge Thompson’s ruling.[6]  The monument was eventually removed after Moore’s colleagues overruled his decision.[7]  Pryor, the Attorney General of Alabama at the time, filed ethics charges against Moore, arguing that his failure to follow the court order violated his oath of office.[8]  Pryor’s prosecution led to Moore’s removal from his position.[9]

On April 9, 2003, Pryor was nominated by President George W. Bush for an Alabama seat on the Eleventh Circuit Court of Appeals.  Pryor’s nomination attracted fierce opposition from liberal groups.[10]  During his confirmation hearing, Pryor was criticized for stating that the Supreme Court’s decision in Roe v. Wade was “an abomination” because it “led to a morally wrong result.”[11]  Pryor was also attacked for filing equating consensual same-sex intimacy with prostitution, adultery, necrophilia, bestiality, incest, and pedophilia.[12]  Due to Pryor’s refusal to disavow his previous statements, Democrats blocked his confirmation through the 108th Congress.

Despite the reelection of President Bush and a diminished Democratic Senate minority, Democrats continued to block Pryor’s confirmation.  On May 23, 2005, a bipartisan group of 14 Senators announced a deal that would let Pryor and two other nominees get an up-or-down vote.  Pryor was confirmed by a small 53-45 margin, with 3 Republican Senators opposing his confirmation.

In his twelve years on the federal bench, Pryor has authored more than 300 majority opinions (and many more concurrences and dissents).  A review of these opinions confirms his reputation as a firmly conservative jurist.

For a dispute to properly be in federal court, the court must have jurisdiction over the subject matter of the case, the parties must have standing to bring suit, and the case must not be moot.  These requirements ensure that federal courts are only addressing disputes that they can actually remedy.  Pryor’s opinions interpret these requirements very stringently, frequently dismissing cases for lack of jurisdiction,[15] standing,[16] or as moot.[17]

In one notable case, Pryor wrote for a District Court panel in holding that Democratic state legislators in Alabama lacked standing to challenge racial gerrymandering.[18]  This opinion was overturned by the U.S. Supreme Court, who held that Pryor’s opinion violated “elementary principles of procedural fairness.”[19]

The American criminal justice system relies on the principle that the accused is presumed innocent until proven guilty.  This principle is enforced through the protections of the Fourth, Fifth, and Sixth Amendments.  Pryor, however, has interpreted these protections narrowly.

For example, Pryor has repeatedly upheld searches and seizures from Fourth Amendment challenges.[20]  In Castillo v. U.S., Pryor upheld a warrantless search of a defendant enrolled in a pretrial diversion program.[21]  Specifically, Pryor noted, as a matter of first impression, that such searches only needed to be justified by reasonable suspicion, not probable cause.[22]  Judge Robreno, sitting by designation, disagreed on this point, noting that the defendant “cannot be considered commensurate with a probationer or parolee on the continuum of Fourth Amendment rights.”[23]  In another case, Pryor reversed a district court ruling that a border patrol agent lacked reasonable suspicion in stopping a vehicle.[24]  Pryor’s opinion sparked a dissent from Judge Rosemary Barkett, noting that the ruling ignores the standard of review and “presents the facts in the light most favorable to the government, cobbling together select portions of the testimony to support its own conclusion.”[25]

Similarly, Pryor has held that admitting hearsay evidence against death penalty defendants does not violate their rights under the Confrontation Clause,[26] that airport screenings are a reasonable administrative search,[27] and that defense counsel’s failure to investigate a claim of juror misconduct is not ineffective assistance of counsel.[28]  Each of these opinions sparked a spirited dissent.[29]

Pryor has rejected challenges to convictions that allege insufficiency of the evidence,[30] improper statements by the prosecutors,[31] improper jury instructions,[32] and the erroneous admission of evidence.[33]  He has proven equally skeptical to challenges to harsh sentences.[34]

Pryor has been particularly deferential to state courts when facing challenges to state convictions under habeas review.[35]  While the Anti-Terrorism and Effective Death Penalty Act (AEDPA) requires deference to state court decisions unless they are “unreasonable applications” of federal law, Pryor has been willing to defer to state courts even where his colleagues disagree.  For example, Pryor affirmed the denial of habeas relief to a prisoner who was convicted after a police detective falsely testified at his trial.[36]  In another case, Pryor denied habeas relief to a defendant whose attorney had failed to present mitigating evidence at his death penalty hearing.[37]

In contrast, Pryor has shown a willingness to reverse sentences that he considers too low,[38] and to reverse grants of a new trial for defendant.[39]

Consistent with the record of most court of appeals judges, a small number of Pryor’s opinions have been reversed or criticized by the en banc Eleventh Circuit, or the Supreme Court.

Substantive Reversals by the Supreme Court

CSX Transp., Inc. v. State Bd. of Equalization – This case involved a suit by a railroad challenging the tax valuation of its property.  In a 2-1 decision, Pryor held that the Railroad Revitalization and Regulatory Reform Act (4-R Act) does not allow railroads to bring federal suits challenging state tax evaluations.[40]  The Supreme Court granted certiorari and reversed in a unanimous decision by Chief Justice Roberts.[41]  Roberts found that the 4-R Act’s text was clear and contradicted Pryor’s interpretation.[42]

Alabama Legislative Black Caucus v. Alabama – This case involved a challenge to Alabama’s state legislative districts, brought by black lawmakers.  The suit alleged that the districts were drawn with a racial purpose, diluted the vote of African-American voters, and as such, constituted impermissible racial gerrymanders.  Pryor rejected all the challenges, upholding the districts over the dissent of Judge Myron Thompson.[43]  The Supreme Court reversed in a 5-4 opinion by Justice Breyer.[44]  In his opinion, Justice Breyer found Pryor’s conclusions to be “legally erroneous.”[45]

Summary Reversals by the Supreme Court

U.S. v. Smith – In this case, Pryor held that, under the Armed Career Criminal Act, a conviction for fleeing and eluding a law enforcement officer constituted a “violent” felony.[46]  The Supreme Court summarily reversed Pryor’s decision,[47] and remanded it to be reevaluated in light of Johnson v. U.S., an opinion by Justice Scalia that struck down the residual clause of the Armed Career Criminal Act.[48]

Hunter v. U.S. – In this case, Pryor rejected challenges to a criminal defendant who was erroneously sentenced as an armed career criminal.[49]  The Supreme Court summarily reversed Pryor’s decision.[50]

Wilson v. Warden – This case involved a prisoner, Wilson, challenging his death sentence under federal habeas review.  Wilson argued that his attorney was deficient in failing to present mitigation evidence at his sentencing hearing.  Pryor rejected the appeal, holding that the Georgia Supreme Court’s one-sentence dismissal of Wilson’s case was not an unreasonable application of federal law under AEDPA.[51]  The Eleventh Circuit granted en banc rehearing, vacating the panel opinion, and, in an opinion by Pryor, held that federal courts were not obligated to “look through” state court opinions to examine their reasoning in habeas cases.[52]  This decision sparked two strong dissents, each joined by five judges on the court.  Judge Adalberto Jordan dissented, noting that Pryor’s decision ignored both Eleventh Circuit precedent and contrary decisions by sister circuits.[53]  Judge Jill Pryor also dissented, stating that the majority opinion “runs roughshod over the principles of federalism.”[54]

Perhaps more than any other nominee on Trump’s shortlist, Pryor attracts opposition.  Liberal groups object to his aggressive criticisms of Roe,[55] his deeply conservative record on the bench,[56] and his outspokenness in support of conservative politics.[57]  At the same time, Pryor has been attacked by conservative groups for his prosecution of Roy Moore.[58]  With Senate Majority Leader Mitch McConnell ruling out revoking the minority’s ability to filibuster Supreme Court nominees,[59] and with at least one Republican Senator on record previously opposing Pryor’s confirmation,[60] Pryor’s confirmation seems extremely unlikely.

Nevertheless, if confirmed, Pryor would add a strong new conservative voice to the Supreme Court.  Pryor’s willingness to defer to police and prosecutors would move the court rightward on criminal justice issues.  Furthermore, Pryor would likely continue the trend of construing standing and jurisdiction narrowly, making it more difficult to bring disputes in federal court.  Moreover, Pryor’s willingness to stand up to Moore, and his record on the Eleventh Circuit,[61] suggest that he would continue Justice Scalia’s tradition of the principled dissent, writing with the intent of influencing future trends in the law rather than attracting support from his colleagues.

Pryor is no stranger to grueling confirmation struggles, having survived two to become an appellate judge.  However, his nomination to the Supreme Court would likely spark a fight that would dwarf previous clashes.  If the Trump administration nominates him, it’ll be because he is, by their standards, worth the battle.

[1] Mark Joseph Stern, The One SCOTUS Nominee Democrats Should Stop at Any Cost, Slate, Jan. 25, 2017, http://www.slate.com/articles/news_and_politics/jurisprudence/2017/01/william_pryor_has_no_place_on_the_supreme_court.html.

[8] Law Center, Ten Commandments Judge Removed From Office, CNN.com, Nov. 14, 2003, http://www.cnn.com/2003/LAW/11/13/moore.tencommandments/ (quoting William Pryor) (“At the end of the day, when the courts resolve those controversies, we respect their decision”).

[10] See, e.g., Ralph G. Neas, Report of People For The American Way In Opposition to the Confirmation of William H. Pryor, Jr. to the United States Court of Appeals for the Eleventh Circuit, June 10, 2003, http://files.pfaw.org/uploads/2017/01/william-pryor-report.pdf.

[42] See id. at 19 (“We decline to find distinctions in the statute where they do not exist, especially where, as here, those distinctions would thwart the law’s operation”).

[55] See, Ralph G. Neas, Report of People For The American Way In Opposition to the Confirmation of William H. Pryor, Jr. to the United States Court of Appeals for the Eleventh Circuit, June 10, 2003, http://files.pfaw.org/uploads/2017/01/william-pryor-report.pdf.

[57] Mark Joseph Stern, The One SCOTUS Nominee Democrats Should Stop at Any Cost, Slate, Jan. 25, 2017, http://www.slate.com/articles/news_and_politics/jurisprudence/2017/01/william_pryor_has_no_place_on_the_supreme_court.html.

[59] Alexander Bolton and Bob Cusack, McConnell All But Rules Out Filibuster Change, The Hill, Jan. 27, 2017, http://thehill.com/homenews/senate/316583-mcconnell-all-but-rules-out-filibuster-change.

[61] Approximately 1 in 5 Pryor opinions have sparked a concurrence or dissent, higher than most other appellate judges.